Court notes that 3M only adopted its current stance of claiming it is not liable for military earplug lawsuit injuries after juries ordered the company to pay $300 million in a series of early bellwether trials.

In a scathing order issued last week, a federal judge has barred 3M Company from employing what she described as “bad faith tactics”, indicating that after three years of litigation, the company can not change positions and raise a new defense in an attempt to force thousands of military earplug lawsuits through a controversial bankruptcy plan.

More than 230,000 U.S. veterans are currently pursuing a product liability lawsuits against 3M and it’s Aearo Technologies subsidiary, after being left with hearing loss or tinnitus following military service, where they were provided 3M Combat Arms Earplugs as standard issue equipment before deployments between 2004 and 2015. Plaintiffs allege that the earplugs were sold to the U.S. government with a known design defect, which left veterans without adequate ear protectors during combat and training exercises.

The Combat Arms Earplugs version 2 (CAEv2) were initially developed by Aearo Technologies, which was acquired 3M Company in 2008 and the entire Aearo hearing protection business was “upstreamed” into 3M, which continued to market and sell the defective earplugs to the U.S. government without disclosing known problems that caused them to commonly fall out of the ear canal.

Given common questions of fact and law raised in the litigation, all lawsuits over hearing loss caused by the military earplugs have been centralized for the past three and a half years before U.S. District Judge Casey Rodgers in the Northern District of Florida, as part of an MDL or multidistrict litigation. 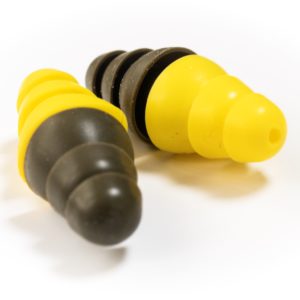 Throughout the proceedings, 3M Company has defended the cases brought against both itself and its Aearo subsidiary, never raising any arguments during at least 16 trials that suggested it is not jointly responsible for the design and sale of the earplugs. However, after a number of juries hit the companies with massive verdicts, 3M Company has made the controversial decision to place Aearo Technologies into bankruptcy, and is attempting to argue that the multi-billion dollar parent company can not be independently held responsible for hearing loss caused by products it sold and profited from for years.

In an about-face move, which is part of it’s continuing attempt to force earplug settlements through the bankruptcy process, 3M Company has recently taken the position that it can not be held independently liable for the earplugs designed by Aearo. Plaintiffs have called it an absurd position, and the U.S. District Judge presiding over the litigation has suggested the move is an abuse of the litigation process.

In early October, hundreds of plaintiffs included in a first wave of claims being prepared for remand to U.S. District Courts nationwide in the coming months filed a motion for summary judgment against 3M, seeking to prevent the company from now arguing that it is not independently liable for the earplug-related injuries.

On December 22, Judge Rodgers issued an order (PDF) agreeing with plaintiffs and putting a sanction in place against 3M, which bars it from using its new liability defense.

Judge Rodgers points out that 3M did not adopt the tactic of claiming it was not responsible for injuries in military earplug lawsuits until it was ordered to pay nearly $300 million to 13 plaintiffs in early the bellwether trials. She blasted the company for the tactics it adopted in the aftermath of its bellwether trial losses.

“The idea here, of course, is to reconstruct 3M’s litigation narrative to align with the newly conceived bankruptcy fiction that Aearo is, and always has been, a separate entity with sole and complete responsibility for all CAEv2 liability”, Judge Rodgers wrote. “Attempting to do so in this context, for this purpose, and at this late juncture is a brazen abuse of the litigation process after 3M’s nearly four years of affirmatively asserting, advocating, and wielding “to the detriment of Plaintiffs’ the precise opposite position in the MDL.”

Judge Rodgers notes that all 16 bellwether trials went forward with no suggestion from 3M that it had anything but exclusive liability for alleged CAEv2-related injuries.

The ruling grants plaintiffs in the first wave of 3M Combat Arms lawsuits request for partial summary judgment, barring the manufacturer from attempting to avoid liability by shifting blame to its Aearo subsidiary when the cases are remanded for trial, which Judge Rodgers says is a sanction against 3M for the company’s explicit statements and conduct establishing itself as the sole responsible part for nearly four years in the MDL and its bad faith reversal of that position solely to serve its strategic objectives in the bankruptcy.

She also issued a stay on the MDL’s proceedings pending an interlocutory appeal attempt by 3M. However, she noted the court will continue to rule on pending motions.

While any appeal of this ruling is pursued, Judge Rodgers has previously ordered the parties to continue engaging in 3M earplug settlement talks, requiring monthly meetings to starting in November 2022, to explore resolution for the claims.

A series of 3M earplug settlement negotiations held in late September were previously described as worthwhile and productive, although it does not appear any deal is imminent.

If 3M Company fails to convince an appeals court to overturn Judge Rodgers ruling, it is expected to face a rapidly increasing pace of jury trials nationwide throughout 2023 and 2024. Based on the company’s inability to successfully defend the safety of the earplugs before prior juries, estimates suggest that 3M will likely need to pay more than ten billion dollars to settle the military earplug lawsuits.