Ozone emissions, like those linked to SoClean devices, increased sound abatement foam degradation in recalled CPAP machines by a factor of 14, Philips claims. 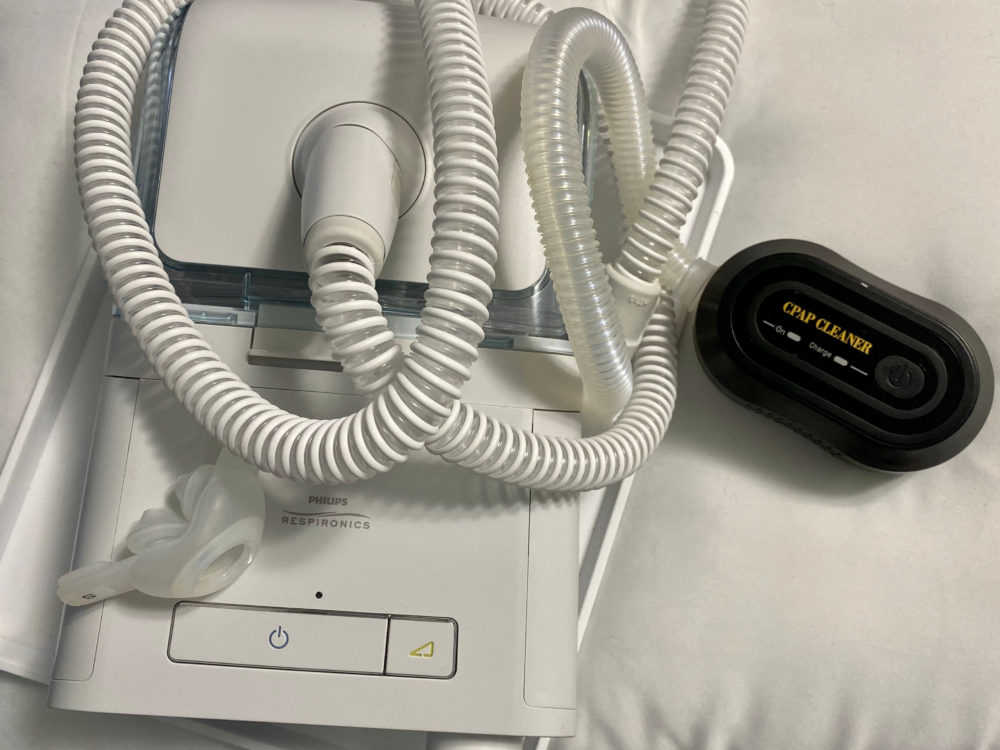 One year after a Philips CPAP device recall was issued for millions of sleep apnea machines that contained a defective sound abatement foam, the manufacturer has released a new report suggesting ozone emissions from SoClean cleaning machines may have been a factor in the rate at which the foam degraded and released toxic chemicals into the air pathways.

The recalled CPAP machines were introduced in 2009, containing a polyester-based polyurethane (PE-PUR) foam, which was intended to reduce noise and vibrations while the devices were used at night. However, in June 2021, Philips Respironics announced the massive recall, following widespread reports of foam degradation and small black particles being found in the CPAP tubing and face masks.

Thousands of Philips CPAP lawsuits are already being pursued by former users diagnosed with various types of cancer, lung damage and other injuries, after breathing in the particles and gasses released by the degrading foam, alleging that the devices were defective and unreasonably dangerous.

In a report (PDF) released by Philips on June 28, which could be seen as self-serving, the manufacturer released data on an analysis of more than 60,800 recalled devices, and claims that CPAP machines which went through repeated ozone cleanings with products like SoClean 2 were 14 times more likely to show visual signs of foam degradation.

SoClean devices have been marketed in recent years to help sterilize and deodorize CPAP breathing machines. However, to effectively clean the devices, SoClean uses ozone gas, which some lawsuit allege exceed levels which can be safely tolerated by humans or animals.

Immediately after disclosing the problems with their sleep apnea machines last year, Philips attempted to blame the CPAP recall on SoClean, suggesting the use of ozone and UV light cleaning devices may exacerbate the foamâs degradation. However, in October 2021, SoClean sued Philips, arguing it was attempting to use the ozone cleaning machine as a scapegoat for what it called a ”glaring design flaw” which placed a defective sound abatement foam directly in the machine’s air pathways.

In a statement released together with the findings, Philips acknowledged that the foam particles were found within the air pathway of their devices, but attempted to suggest this accumulated debris was not necessarily being directly emitted into the mouths and lungs of users.

“In those devices where visible foam degradation was significant, i.e. there was reduction in foam volume, it was observed that there was accumulation of degraded foam within the airpath inside the device. The foam becomes hygroscopic (i.e. absorbs moisture) and sticky with degradation. It also loses significant volume and increases density as the structure changes from a foam to viscous liquid material. As such, even when foam particles are formed by degradation, they are likely to accumulate within the device and may not be directly emitted by the device,” according to the statement.

This directly contradicts thousands of reports submitted by users on social media and websites, describing “black sticky dust” or “black mold-like substance” inside the face mask and tubing of their machines, raising concerns about the long term side effects of breathing the CPAP foam particles.

Lawsuits allege the Philips CPAP machines cause cancer and various other injuries following repeated exposure to the small particles night after night, as well breathing non-visible chemicals and gases the FDA indicates may be released by the polyester-based polyurethane foam.

Given common questions of fact and law raised in complaints filed throughout the federal court system against Philips and SoClean, the litigation has been centralized before U.S. District Judge Joy Flowers Conti, in the Western District of Pennsylvania, for coordinated discovery and pretrial proceedings, where the parties are continuing to conduct independent discovery and intend to prepare a small group of “bellwether” cases for early trial dates to see how juries respond to certain evidence and testimony that will be repeated throughout the claims.