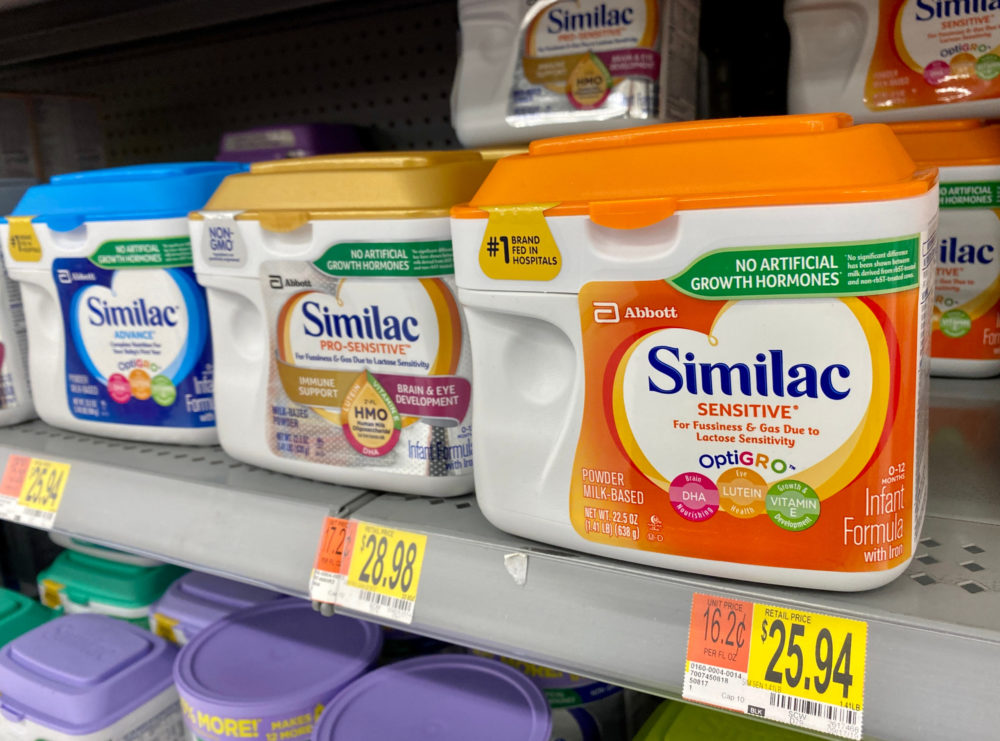 The complaint (PDF) was filed by Suzanne Rudd and Britney Walls in the U.S. District Court for the Northern District of Illinois on July 18, seeking class action status to pursue damages for purchasers of the recalled infant formula products.

Abbott recalled cans of Similac, Alimentum and Elecare in February 2022, after determining the infant formula may be contaminated with Salmonella Newport and Cronobacter sakazakii bacteria. Hundreds of families have now come forward to report that infants developed severe gastrointestinal illnesses and other health complications after consuming the recalled formula, including at least two infant deaths.

Within days of the recall, reports began to surface that the company knew about the infant formula contamination problems at its facility since at least September 2021, when the Minnesota Department of Health began investigating a case involving an infant infected with Cronobacter. However, the company continued to distribute products and babies continued to get sick, and at least one whistleblower has claimed Abbott knew about the problems even earlier.

Rudd, from Wisconsin, and Walls, from Louisiana, both say they purchased Abbott infant formula products which were affected by the recall. They say Abbott never volunteered to give parents credit or replace the recalled formula products, instead requiring them to pay full price for replacements, which became hard to find since the recall led to Abbott’s Sturgis, Michigan facility shutting down, sparking a nationwide infant formula shortage.

They also note the growing evidence that Abbott knew about the problem, but ignored it for months to avoid issuing a recall.

The case joins a growing number of similar lawsuits over contaminated Similac that have been filed since the recall, including individual claims for children who developed salmonella poisoning, as well as class action lawsuits, alleging that Abbott’s Sturgis, Michigan manufacturing facility ignored industry safety standards and best practices, endangering infants for the sake of profit.

The U.S. Judicial Panel on Multidistrict Litigation (JPML) is scheduled to hear oral arguments later this month over whether the lawsuits should be consolidated before one judge for coordinated discovery and pretrial proceedings, during a hearing set for July 28 at the U.S. Courthouse in Seattle Washington.

In addition to the contaminated Similac lawsuits, Abbott also faces a hundreds of NEC lawsuits brought by parents of premature infants who developed a life-threatening gastrointestinal condition after being fed the cow’s milk-based formula.

Necrotizing enterocolitis (NEC) is a devastating condition that primarily impacts premature babies, occurring when the walls of the intestines are invaded by bacteria, resulting in destruction of the bowel and often resulting in the need for emergency surgery while the infant is still in the hospital.

These Similac lawsuits allege Abbott placed its desire for profits before the health and safety of newborn babies, by failing to warn about the risks associated with using their formula among premature and low birth weight infants. Similar allegations have also been presented in Enfamil lawsuits filed against Mead Johnson, which sells similar cow’s milk-based infant formula products also linked to cases of NEC.

Given similar questions of fact and law presented in these claims, the U.S. Judicial Panel on Multidistrict Litigation (JPML) decided to centralize the NEC lawsuits over Similac and Enfamil earlier this year, transferring that litigation to U.S. District Judge Rebecca R. Pallmeyer in the Northern District of Illinois for pretrial proceedings.